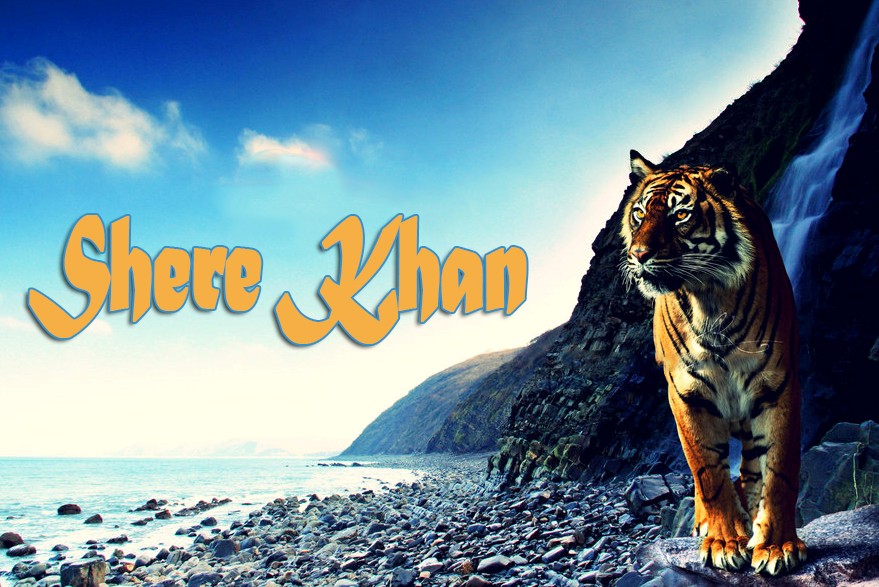 Wildlife is truly fascinating and can be compared to an untouchable rainforest – until man abuses its resources and takes it down to use for his own benefit. Such is the plight of wild tigers in the hands of hunters, collectors and inhabitants of the forest clearly set to track, hunt or kill. The story of Shere Khan the Bengal tiger shares the memory of this big cat rescued from its depraved conditions in a hunter’s care. Here are some attempts to promote and portray in the media wild tigers that are to be cherished and loved for generations to come.

This tiger had been bred in captivity and was supposed to be sold. The tiger cub was unique bearing unusual white color against his stripes. This made him somewhat a prized possession although it was a mutated gene that had given him his colors. The buyer failed to close the deal and so Shere Khan lived in cramped and depraved conditions. Found deep in mud and filth in a dog run style cage, he was extremely malnourished, thin, totally weak and uncared for. The documentary tells of this big cat fortunately being rescued by an animal sanctuary to restore it to its health. Featured by The Tiger Next Door it has strengthened the ties of protecting and saving jungle animals from dying and extinction.

The Jungle Book and its main antagonist Shere Khan 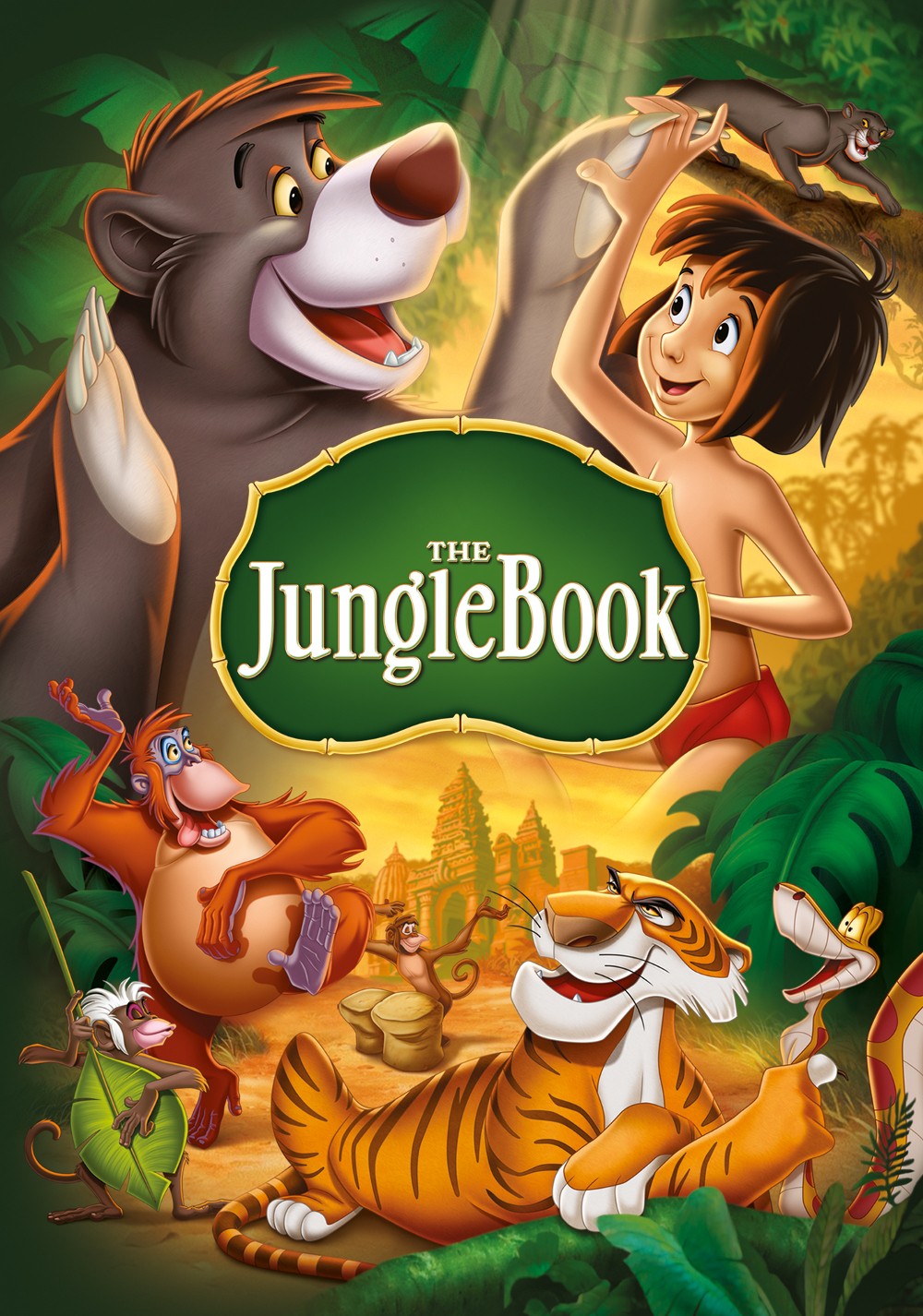 This Disney classic was originally taken from Rudyard Kipling’s novel of the same name. This famous and well-loved story is about a little boy named Mowglie who has to escape the jungle where he was born. The apparent threat and villain, a big Bengal tiger Shere Khan, is cool, suave and mean. He is the main predator and is set to drive out Mowglie from his jungle home. Shere Khan though feared two things- fire and man. Many symbolisms and meanings come from the Jungle Book and is in some ways it shows man not belonging to the jungle. It also conveys that the wild are not to be disturbed in their own natural habitat.

Save the Tigers Now, a global campaign 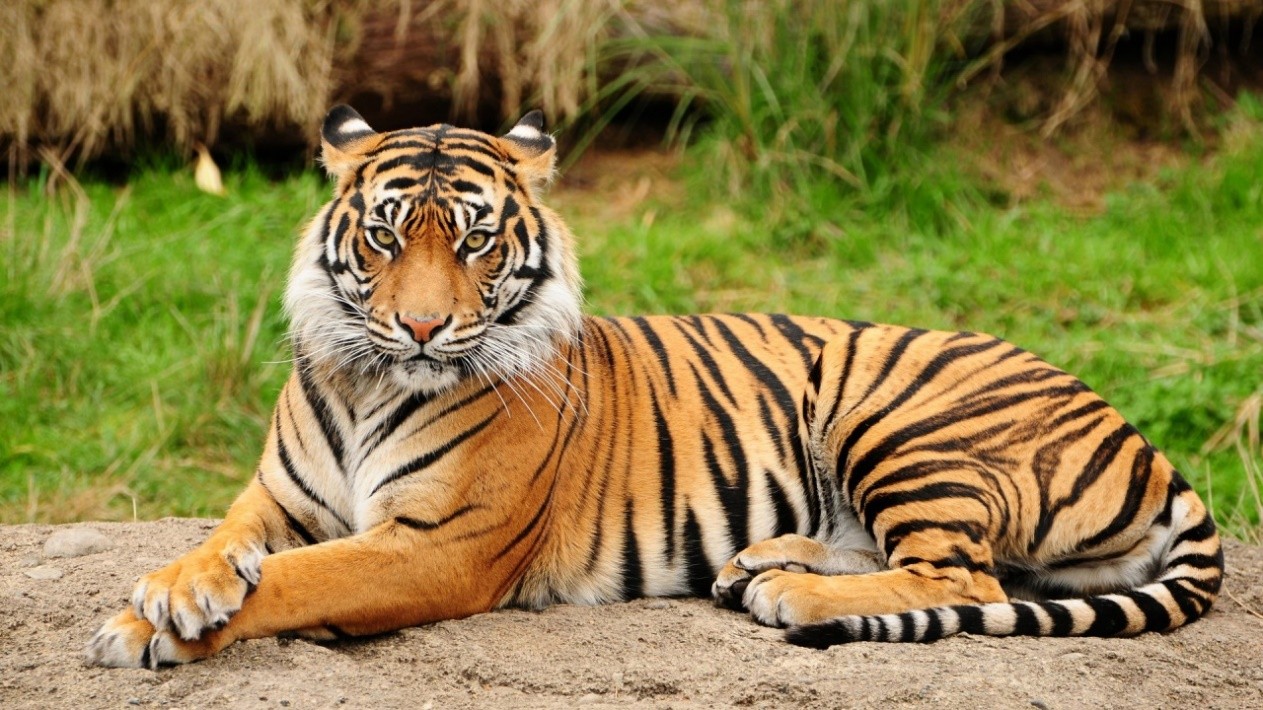 A worldwide drive on preserving the Bengal tiger has been led by the famous actor and celebrity Leonardo DiCaprio. There are now currently only 3,200 Bengal tigers existing in the wild. This global campaign is set to save this specie with political support and public awareness. Leonardo. This project is led by World Wildlife Fund or WWF aiming to protect the existing population and to double the Bengal tigers’ numbers by 2022.

The Life of Pi 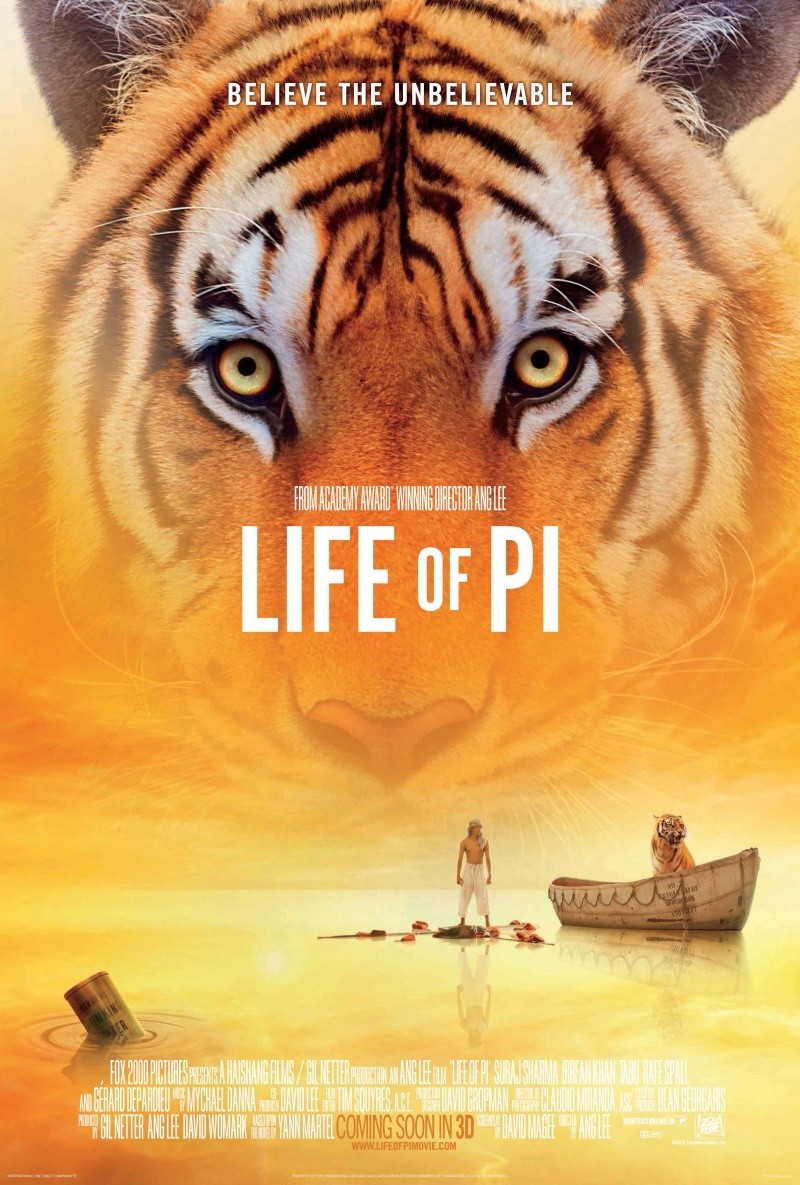 This philosophical Ang Lee movie is about circus animals and a boy who are all trapped in a small boat in the middle of the sea. There comes in this film an astoundingly big and ferocious Bengal tiger by the name of Richard Parker. In this film adaptation though they used more CGI effects than the real tiger in the scene where the boy and the tiger corner each other around the small lifeboat. This defining moment keeps your breath on hold until the boy Pi defies and ultimately drives the tiger back under the boat’s tent.

The man-eater of Sundarbans

This Indian film entitled Roar is about a royal Bengal white tigress in the Sundarbans. This Hindi epic tale has a big white tigress searching for her cub and a team of men trying to outmaneuver this wild animal. The storyline depicts man versus tiger conflict and was shot in real life dense mangrove forests. The story is based on the early 1900s record of thirteen man-eaters that attacked humans for prey. This behavior was believed to be due to the male tiger’s territorial dominance over each other and over man.

Bengal Tiger at the Baghdad Zoo 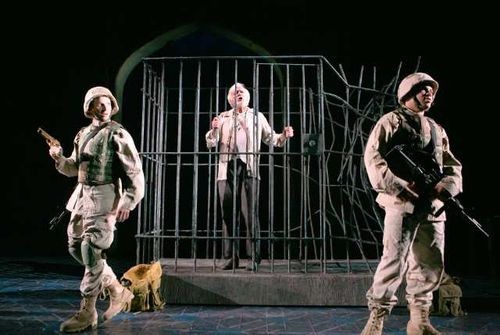 This award winning play is concerning a Bengal tiger that escapes the zoo in the war and haunts the city of Baghdad. Its main hunt is essentially about the meaning of life surrounding the war. The mysterious big cat is played by the late Robin Williams and portrayed as a big wild cat dressed not in full costume but in creatively tattered clothes. It is proclaimed the most original screenplay on the war of Iraq in its era, and has won the 2010 Pulitzer Prize for Outstanding New America play.

Bagh Bahadur or The Tiger Dance 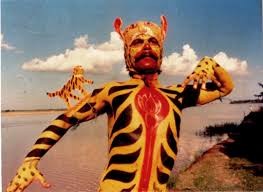 A huge part of the Indian culture, the Bengal tiger is considered India’s national animal. This drama is directed and written by Buddhadev Dasgupta and is set on a small, poor village in Bengal. The story supports the old traditions pertaining specifically to the tiger dance and associates to the dying numbers of Bengal tigers as symbolized here through the main character’s artistry of dance which promotes the cognitive memory of the public on the mysteries of the Bengal tiger. The character takes pride adding drama and flair to the film, painting himself and dancing tiger-like. The main character tries to relive the Bengal tiger through the intricate fabric of this old yearly tradition but is then faced with competition in a form of a visiting circus leopard thus taking the villagers’ curiosity away from his dance. 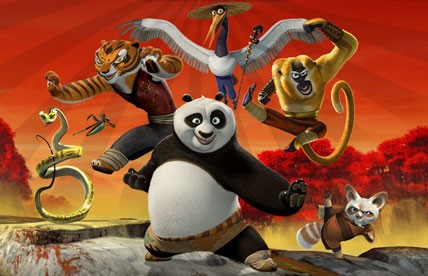 On a lighter side, the spunky and fierce member of the Furious Five in this kick-ass CGI animated movie is represented by the MasterTigress. She emanates discipline and high morals from her early martial arts training kitten days emerging as a ferocious fighter, dubbed with much purr and power by Angelina Jolie.

We Bought A Zoo 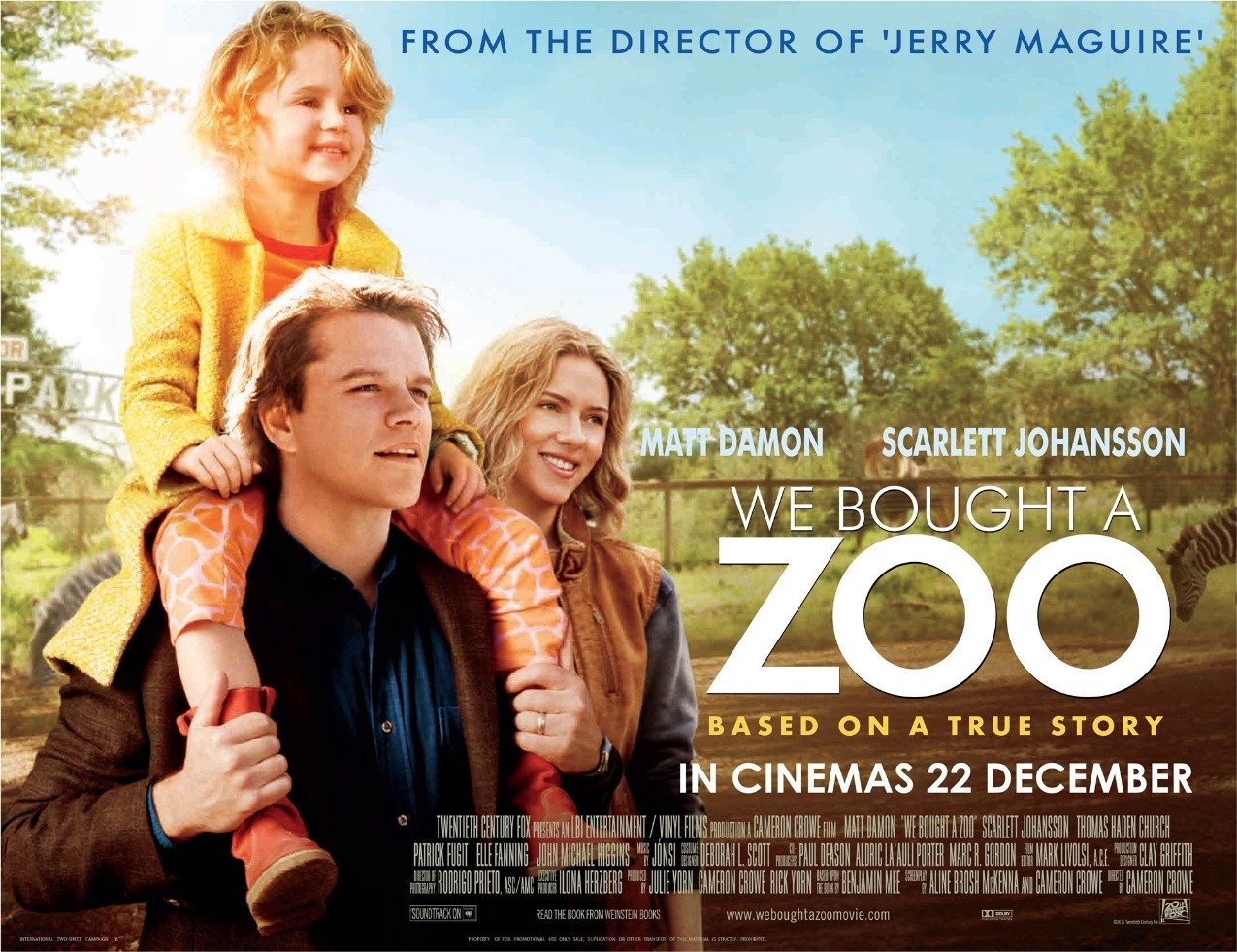 This endearing film is about a newly widowed Matt Damon as Benjamin who decides to buy an old house to relocate to however it includes an old zoo within the property. Seeing his daughter in a happy disposition with the animals he decides to purchase the whole estate. A poignant scene in the movie is where Benjamin is forced to confront an old Bengal tiger named Spar on decisions about the upkeep of the zoo and the dilemma of its advancing age. inspection Benjamin struggles to repair the zoo threatening closure on a a strict government inspection. This touching comedy drama truly echoes into every animal lover’s heart. The quote “..you only need 20 seconds of courage to achieve great things.,” bequeaths a responsibility to pursue our dreams and in this to protect and care for animals.

This American 3D computer-animated comedy film is both colorful and vibrant with its characters seemingly wanting to jump out of our movie screens. It is the highest grossing film of the Madagascar sequels that boasts of the original main characters – the zoo animals and in addition some circus friends to bring into the plot. The tiger with a fierce growl, Vitaly, was the star performer who ended up being defeated and broken from one failure in his circus performance, and with the help of the Madagascar main troop emerges victorious once again. 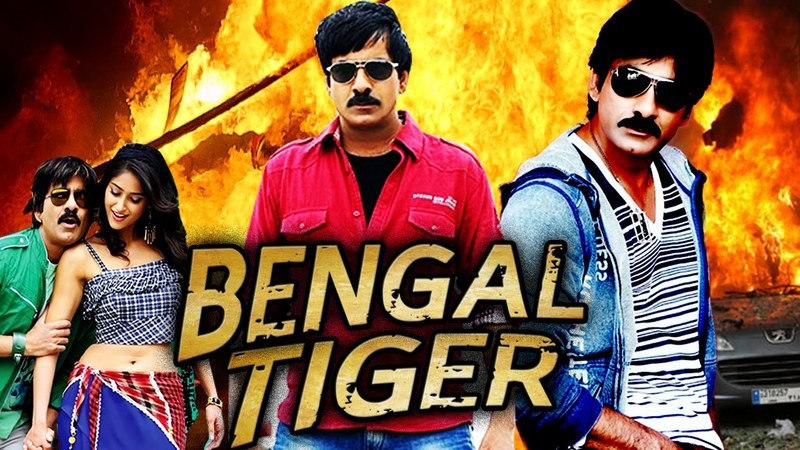 This fast paced action drama conveys the idea of a tiger being ferocious and full of life. The timid main character Abhiroop (Abir Chatterjee), never fought against anything or raised his voice against any injustice or bullying in his workplace. This goes on long enough until a sudden turn of events holds him capable to let out the inner tiger in him. 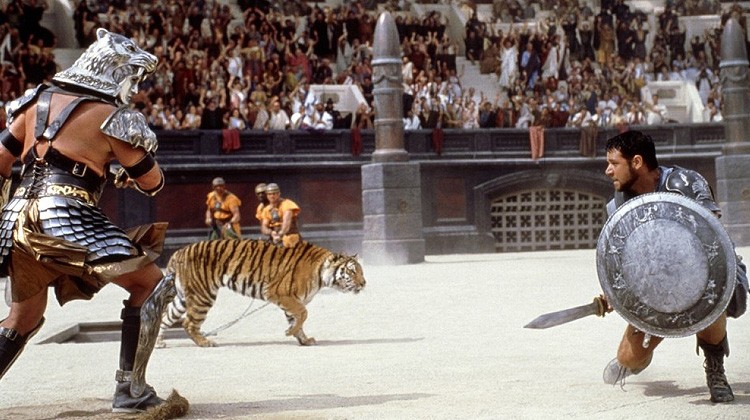 This film is about sheer will and brute force as well as a good strategy in the battle for survival. The gladiator, Russel Crowe seemingly tries to fend off the tiger emerging from hidden trapdoors of the arena. His enemy gladiator is also bearing a similar name to unleash the ferocity in this wild animal as he faces his blood thirsty opponent Tigris of Gaul. 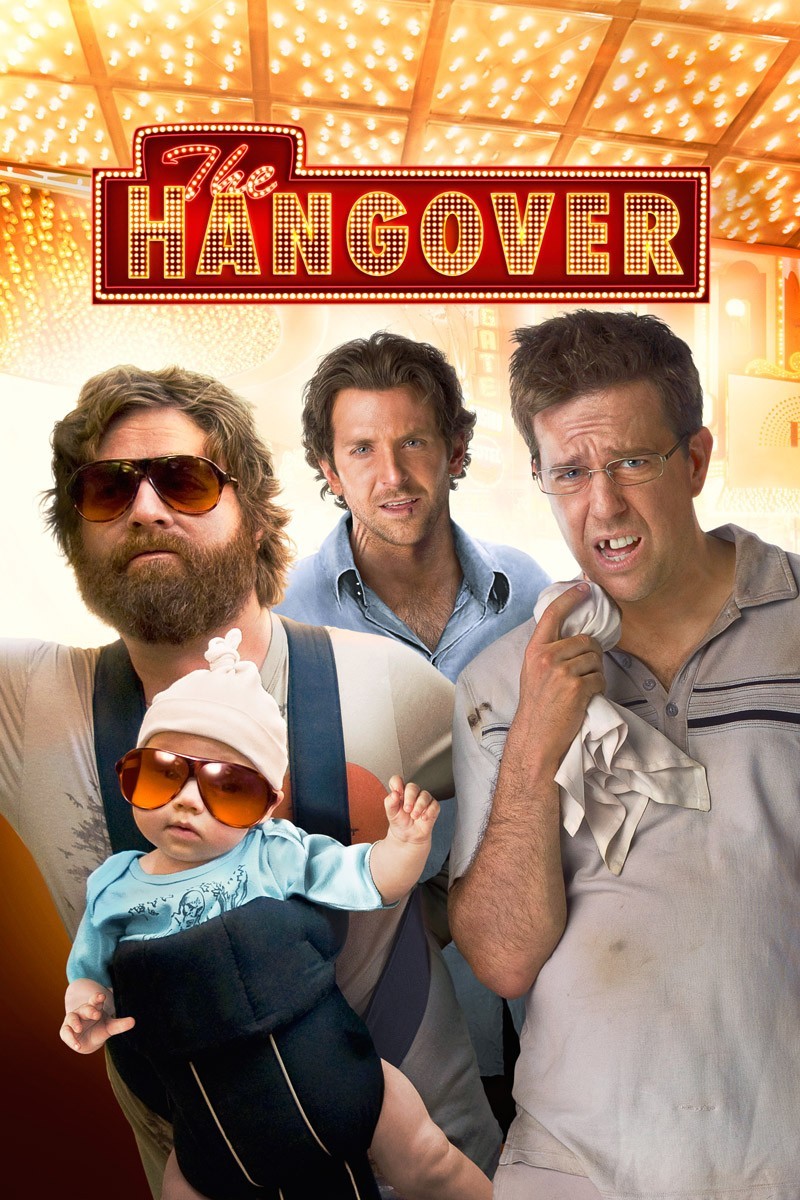 This comedy-adventure rollercoaster of a movie seems inevitably strange, funny and unpredictable as its characters. One of the greatly loved scenes is when Zach Galifianakis’ character discovers unceremoniously a tiger in his hotel room. Apparently it is the pet of Mike Tyson in the movie connoting the presence of a tiger as part of a household of one ostentatiously rich and eccentric persona. 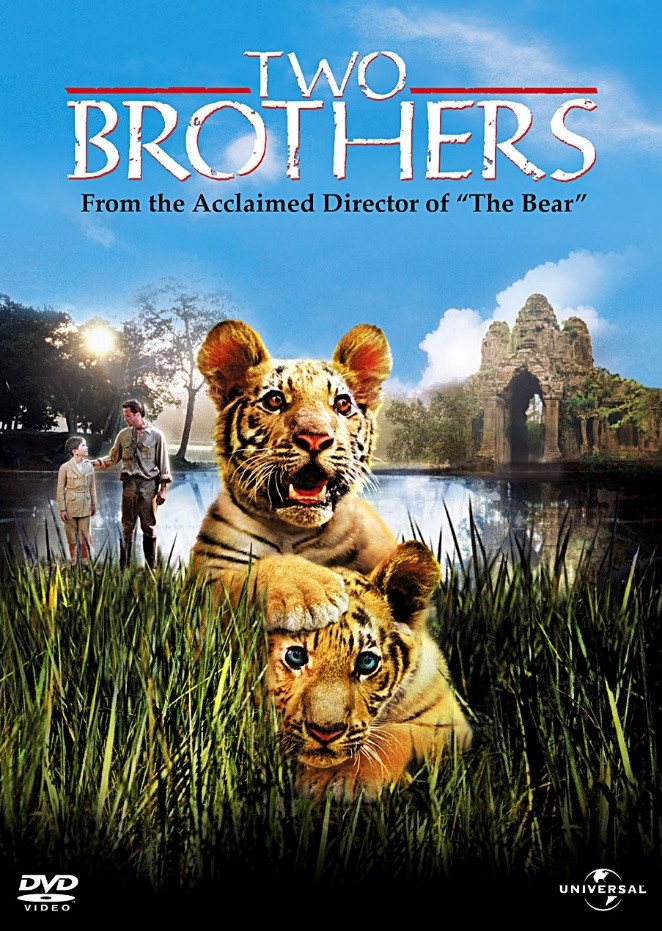 This animal picture is about two tiger sibling cubs Koumal and Sangha, who are separated when man enters their territory. Taken into captivity, they are unexpectedly reunited but inadvertently forced to fight each other by the brutal explorer. Their chance to be released into the wild was deemed possible by the seemingly ruthless hunter who then had to face a moral dilemma in his hands. 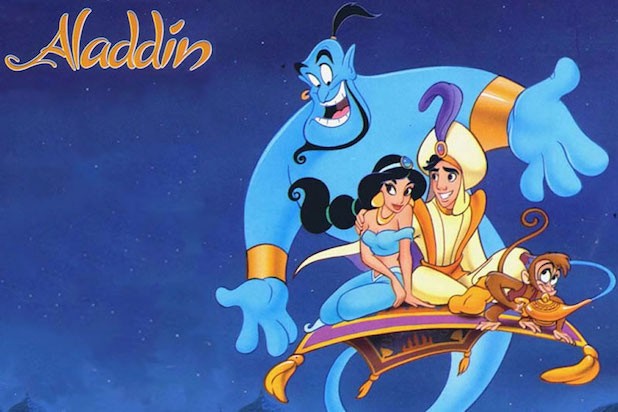 This Disney classic makes up for any carpet touting, lamp-rubbing scamper like its main character Aladdin. To add to the protection of the Sultan’s daughter that has caught the eye of Aladdin is Rajah a loyal tiger who was bred to be the princess’ constant companion. Aside from this beloved tiger, the mouth of the cave as well that hid the lamp for millions of years is shaped like a tiger’s head clamping and extinguishing anything that enters.

In the grand scale of things, tigers in general are portrayed as dangerous and yet can be portrayed as loyal, disciplined and highly trained when bred in captivity. Like Shere Khan though these big, beautiful and mysterious jungle cats can also be sold illegally and kept in poor, unlivable conditions. Conservation efforts such as rewilding previously captive-bred tigers and placing the Bengal tiger’s plight in the public’s eye with media efforts aid to promote and put into consciousness these highly endangered species and save them from extinction.